History of the house

It is up to You and us what stories will be added to the legacy of this house, more importantly what personal memories and experiences will it give you as a guest and to us as hosts.

We feel honoured that with You we can be co-authors of these stories.

The story of Symbol

In 2000 Sándor Barna brought the worn-down, old swabian house at 56. Bécsi street. His original intention was to create a restaurant in Budapest that’s open all year - opposed to his seasonal summer business at Lake Balaton. Originally he planned to open a small, cozy family restaurant in Óbuda, but as it is expected of him, he changed his mind. He said: “I always wanted a place that people will love and would visit over and over again. I found this house and instantly fell in love with it. I knew that this is where I can make this place a reality.”

This place is what became Symbol.

The speciality of this place comes from the location. The several venues built within these antique walls, offering various gastronomical experiences.

The 220 refers to the cellar, but the tabernacle, front veranda and baroque roof truss also remained. The old well in the garden, which legend says was the place where they hid the Holy Crown (of Hungary) at one time, also remains as it was. Another legend builds on the 20th Century: Ferenc Puskás (or as Hungarians call him: Puskás Öcsi bácsi). The Puskás Pancho Sport Pub is dedicated to his memory, which became a place of pilgrimage for Hungarian and international football fans alike.

The story of this place and the Barna family became one. Sándor Barna with his wife Gitti and the younger members of the family: Katalin, György and Eszter, as well as all our colleges are working very hard every day to make sure this place is very special for all our guests. Day by day they expand the story of Symbol... 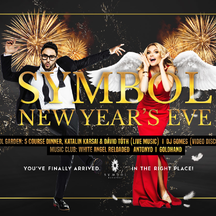 Say Good Bye to the year of 2018 in style, and greet the new year with a memorable party at Symbol Budapest! 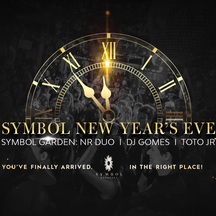 Say Good Bye to the year of 2017 in style, and greet the new year with a memorable party at Symbol Budapest! 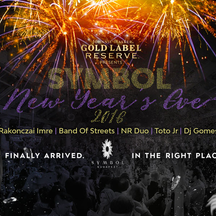 Say Good Bye to the year of 2016 in style, and greet the new year with a memorable party at Symbol Budapest!